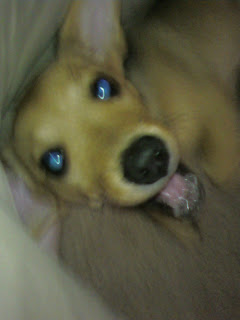 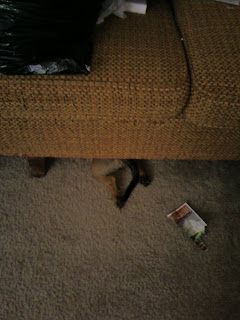 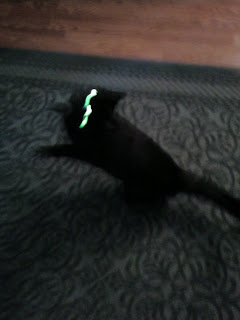 You should see him when he's really mad.

Posted by Brandon at 4:24 PM No comments:

...is what Greta has successfully learned. Unfortunately, what we tried to teach her was "Only pee on the newspaper." Yesterday I caught her peeing on a tee-shirt (not one that I care about), and today it was a sweatshirt in the walk-in closet. She uses the newspaper for the most part, but she's inspired me to be more tidy.
Posted by Brandon at 1:29 PM No comments:

1. Anne actually wrote the last post, I just put the pictures up.
2. Everyone, including a vet and a dachshund owner, thinks Greta's a dachshund, or at least part dachshund. I have to say I agree, if you Google "dachshund puppy", you find some pictures that look like Greta. So maybe she's a beagle/dachshund mix, or maybe she's some other dachshund mix. We'll just have to wait and see what she grows up to be.
Posted by Brandon at 12:58 PM No comments: 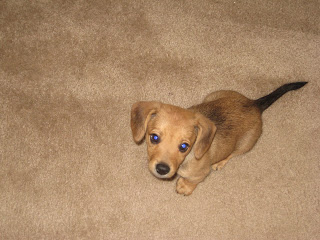 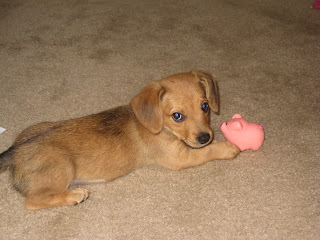