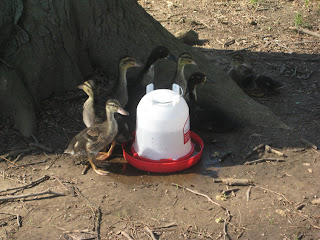 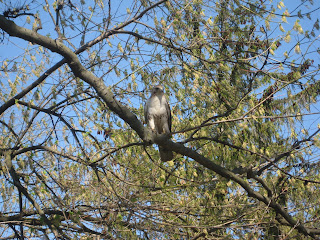 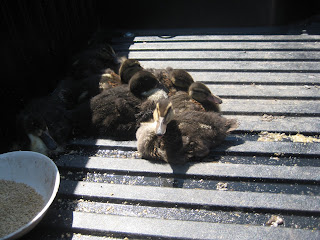 You guys are so cute!!! haha This reminds me of when I was little, before we knew each other, my dad offered to take a mom and her ducklings off the hands of one of his coworkers. We lived in a tiny duplex and didn't have room for a bunch of ducks so we decided to take them to the pond at Sugarhouse Park and see how they did there. The mom swam out to the middle of the big pond and the other ducks started attacking her and trying to drown her. My dad waded to the middle of that gross pond in front of everyone and saved the mom duck and ended up taking them to a farm or something.

that's kind of a horrible story--up until the end there. but I think our ducks have become the mean ducks in the pond. we took them to their new house today, and they were bigger than the other birds they're going to be living with, and they started chasing them around and scaring them. They also saw a yellow duck for the first time and tried to eat it.
hopefully they didn't get that from us...